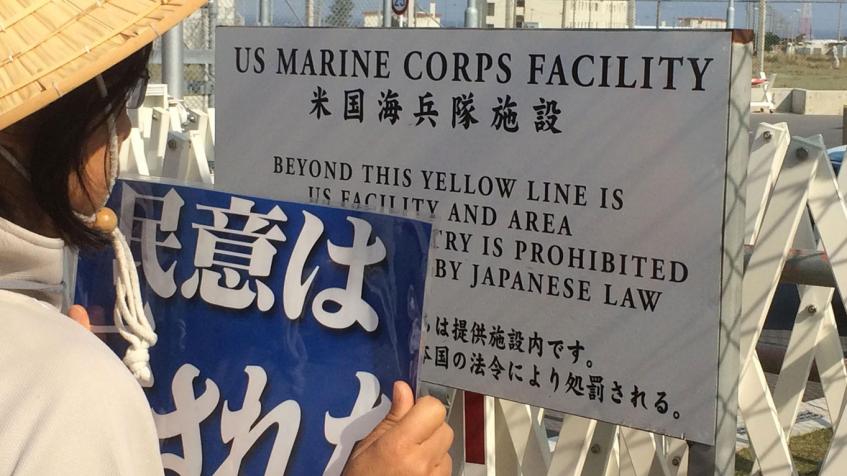 Professor Gavan McCormack spoke to MHAC supporters and friends on 29th May 2018 at the Otley Courthouse. This is a brief summary of his talk.

Okinawa is the largest of the Ryukyu islands which have been inhabited for at least 4,000 years. The Chinese had some influence in Okinawa from the middle of the 16thcentury and this stimulated the Japanese to take an increasing interest and eventually to take control of the Ryukyu islands. During the 19thcentury there is increasing interest in the islands from the Russians, British and French. By the time of WW2 the islands are fully under Japanese control and in October 1944 there was a substantial American air raid. During the following year there is an invasion of the islands by US forces which involved intense fighting. In 1972 the administration of the islands was formally passed by the US to Japan, but in reality the US has remained tightly in control. US bases occupy 20% of Okinawa island and that takes up at least a third of the livable space. This is a source of resentment among contemporary Okinawans.

Today Okinawa is a glorified US military base. The Okinawa is a hot-button issue in Japan and has become more widely known in the wake of Japan’s 2011 natural disasters and the US military role in emergency relief. Okinawans reject the base-dominated role allocated it by the US and Japanese governments under which priority attaches to its military functions, as a kind of stationary aircraft carrier.

US-Japan relations are tense and difficult, bringing down one Japanese prime minister, Yoshihihiko Noda, who tried to stop construction of yet another base on the island and threatening the incumbent, Shinzo Abe, if he is unable to deliver Okinawan approval of the new base. The new base would see the relocation of US Marines Futenma airbase to the city of Nago in northern Okinawa.

The US militarisation of Okinawa provides part of the justification for China to build up its military facilities in the Pacific.